Despite undeniable progress in the investigation into the double murder of Slovak journalist Ján Kuciak and his partner Martina Kušnírová a year ago, there is concern about political interference. Investigationpost association urges the Slovak authorities to ensure that the investigation continues to be conducted in a completely independent manner.

Aged 27, Kuciak had been doing investigative reporting on corruption, tax fraud and links between high-ranking Slovak politicians and the Italian mafia when he and his partner were shot dead in their home near Bratislava on 21 February 2018.

In September 2018, the police charged four suspects, one of whom, a woman identified as Alena Zs, is now also suspected of helping to prepare other murders. She worked for Marian Kočner, a Slovak businessman who had Kuciak placed under surveillance because he thought Kuciak was taking too much interest in his affairs. The subject of several judicial proceedings, Kočner is now also detained.

Despite the very visible signs of progress, the lawyers representing the families of the victims are concerned about the investigation’s independence following recent political interventions.

This part of the investigation concerns Daniel Lipšic, the Kuciak family’s lawyer, who is a former justice minister for a party now in opposition. He is also a sworn enemy of Kočner and was himself the target of a murder plot. Kočner is now strongly suspected of being the mastermind of Kuciak’s murder, or one of the masterminds. Although detained, he still reportedly has a vast network of contacts within the Slovak state that he can count on for help. 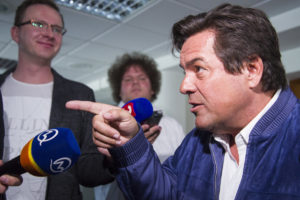 As well as being very close to Kočner, Alena Zs. had also been introduced to high-ranking Slovak officials and politicians. The newspaper Denník N reported last month that she had been in contact with deputy prosecutor general René Vanek and parliamentary deputy speaker Martin Glváč prior to Kuciak’s murder and that she had remained in contact with Vanek until three days before her arrest. Vanek resigned following these revelations but Glváč, a member of the ruling party, has not. While acknowledging that he had exchanged texts and selfies with her, he denied that he had been subjected to any pressure.

The Kušnírová family’s lawyer, Roman Kvasnica, told RSF that he feared that evidence that is compromising for certain people close to the case would be used against them with the aim of obstructing the investigation.

Kvasnica is also disturbed by the reports that Kuciak was shot by a former police officer after being spied on by former intelligence officers with the help of intelligence from the police.  He said he feared that “persons acted or could still be acting on behalf of the Slovak Republic and may have helped create the environment that led to the death of these two innocent young people.” He said he was nonetheless confident that the investigation would be concluded successfully thanks to the integrity of the chief investigator, who no one would dare obstruct if the investigation continued to receive national and international coverage.

“A year after the murder, politicians should be working to provide journalists with better protection and to ensure that the police and judicial authorities are operating in a completely independent manner,”

-said Pauline Adès-Mével, the head of RSF’s European Union and Balkans desk. “Instead, the opposite is happening. Certain politicians seem to be concerned above all to defend their interests and protect themselves.” 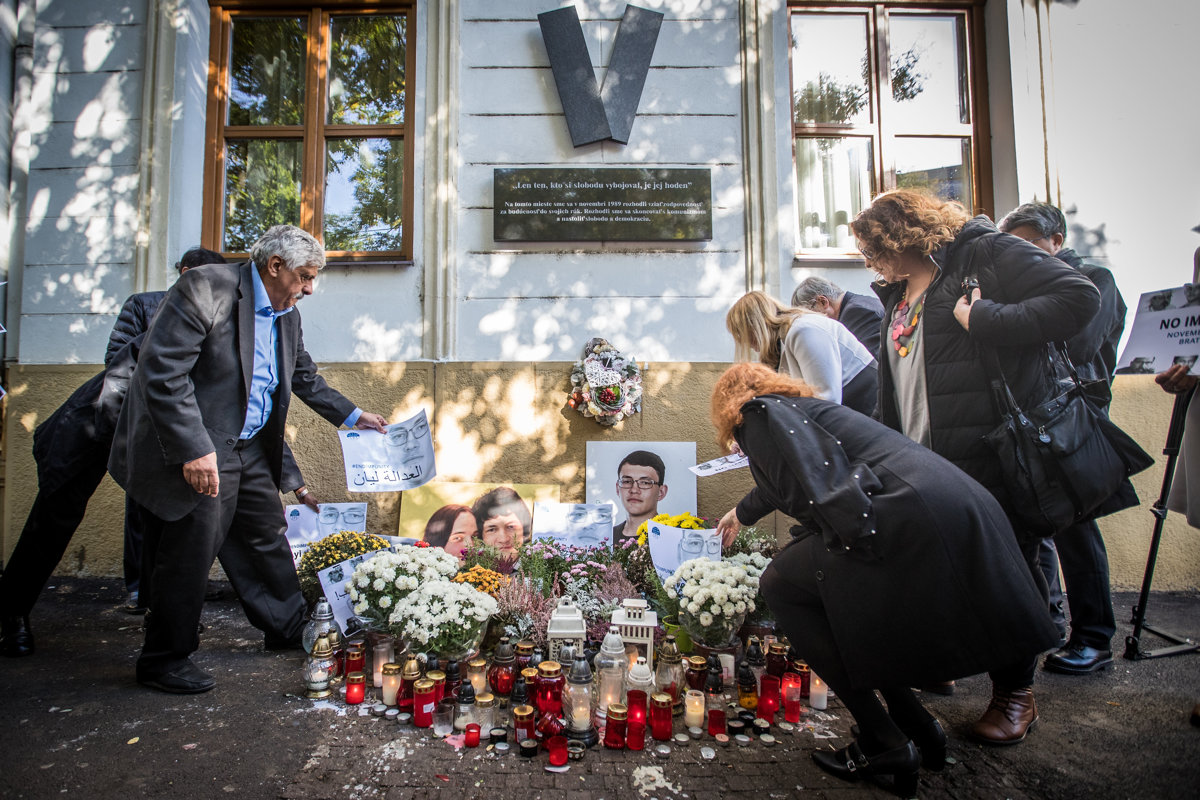 The ruling Smer party has just proposed a very controversial law under which media outlets could be fined heavily for failing to give politicians space to reply whenever they feel that something published has “damaged their reputation” or “violated their privacy.” The timing is alarming, given that the media’s revelations about politicians have helped this investigation to progress.

If the bill is approved, “there will be more repression,” said Beata Balogová of the newspaper SME, while Peter Bárdy of Aktuality.sk(Kuciak’s news website) said he regarded the bill as an attempt to “gag and punish independent media.” Denník N’s Matúš Kostolný said: “The politicians are attacking journalists and fleeing responses themselves.”

Slovakia is ranked 27th out of 180 countries in RSF’s 2018 World Press Freedom Index after falling ten places in the space of a year.