With increasing frequency we see that European and the US press publishes shocking facts on crimes related to pedophilia. These types of disturbing news happens to be too often, that most of us became accustomed to incidents such as: …pedophile was caught raping kids, many-year secret of seducing young children is out…, etc. Every single time when we report some news, what we do at most is recall previous incidents like that in recent past. I find it odd that practically nobody looks at the problem comprehensively, at least on the scale of his or her country, even better on the global scale. I will give just a few examples of scandalous eye-openers related to the topic of pedophilia in Europe and such an inclusive space like an Internet. Incidents in this article took place over the past 4 months. They are completely different in their nature, but they have a lot in common, and I want to highlight those commonalities. 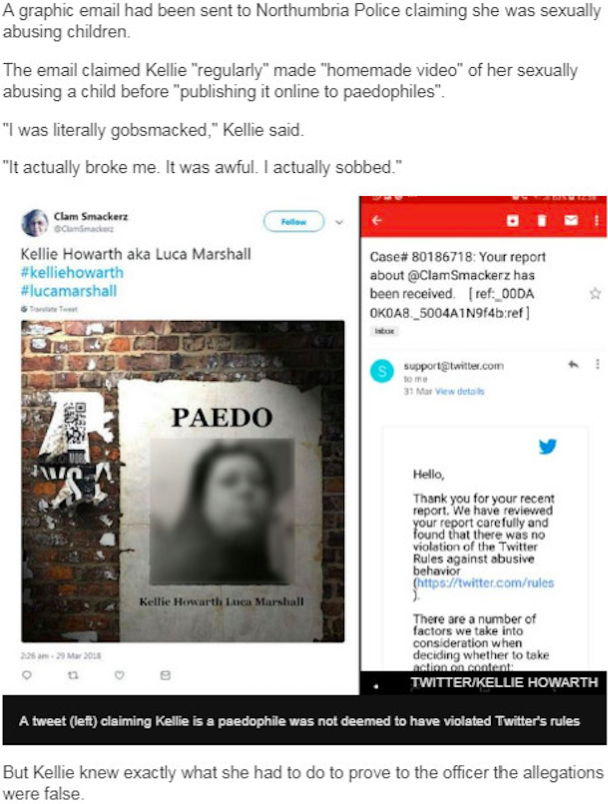 Here is the first material  “The paedophile hunter turned prey”.

Events take place in the UK, the police comes to Kelly Howarth’s house to check the veracity of the received information, whether Kelly does commit crimes against children. But it turned out that it was a “bad joke” for Kelly, it emerged that Howarth has been victimized by unknown persons for a long time and a complaint to the police is one of the manifestations of the persecution. It appeared that this kind of pressure began right after she started participating in the project “The Hunted One” to fight against pedophiles. Her role in “The Hunted One” was to present herself as “young girls” – creating fake “bait” profiles for pedophiles on Facebook. Five months after she joined “The Hunted One”, the real identity of her family members were exposed to public access on the Internet. An anonymous blogger complained that they were “dangerous” and “out of control.” Besides Kelly other members of “The Hunted One” were also prosecuted since their personal data was publicly available.

The second incident that caught my attention was a scandal described in the article  “‘Soft child-porn’ or honest political debate? Take a guess which one YouTube failed to censor.” 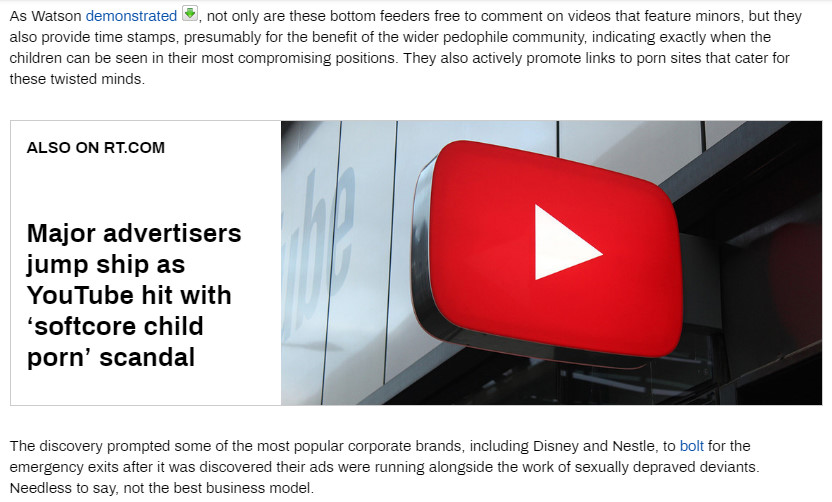 The article is about a regular guy named Matt Watson, working at his home computer, shook the wired world to its very foundations by providing convincing evidence that YouTube supports – either wittingly or unwittingly – a pedophile ring that openly preys on the most vulnerable members of society, children.

For those who want to look into the incident in more detail, follow the link and read the whole article, the only thing I can add is that the evidence presented by the author looks convincing and out of question.

And the third scandalous eye-opener that recently took place in Germany. A scandal in the western German state of North Rhine-Westphalia erupted after it was revealed that a suitcase of evidence in a child sex abuse case disappeared from a police evidence room. Details are in this article. 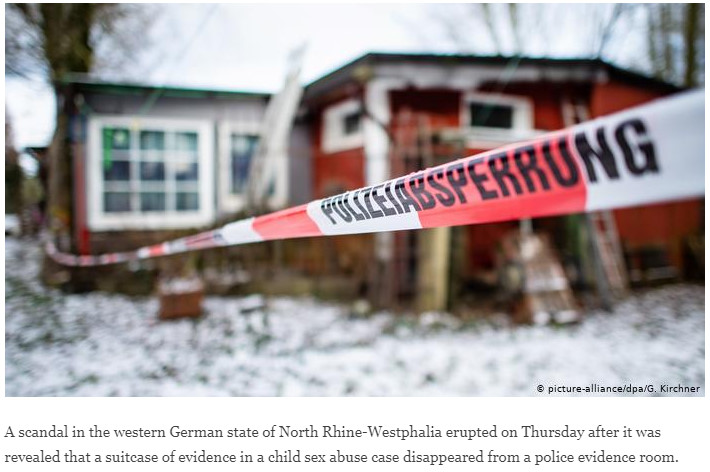 Having read all these materials, it becomes obvious that there are hackers in the service of the child porn industry, who are able to hack databases and use them to harass and victimize individuals exposing pedophiles. Pedophiles have the ability to influence somehow the world’s most popular Internet resources for the distribution of child porn, and they also somehow have access to state structures to conceal committed crimes (incident in Germany when the evidence about phedopile case disappeared from the police station). After analyzing only these three cases, one can make an assumption that our society is confronted with a well-organized criminal structure, which has penetrated to varying degrees in every area of modern life and which doesn’t stop at nothing on the way of “profit making”. Besides, it is obvious that in most countries this problem is not well raised at the state level. Why not put this problem in line with drug trafficking? Who knows, it might be that pedophilia is even more destructive – we never know when the consequences of child’s deep psychological trauma will manifest itself… in five years, in 10 years. Imagine victimized teenager entering the classroom and shooting kids in a row, pouring out his pain and resentment onto others, or maybe he will end up in the parliament, contributing to corruption of our children and covering criminals.